Hello lovely followers. Sorry I disappeared again for a while, it's that time of year for family, friends and of course writing!

I have also spent a fabulous few days in Oxford with hubby. It was a bit of a spur of the moment thing after we had been visiting family and we decided to detour for a couple of days. I have only visited this lovely city once before, and that was for about two hours in the freezing cold, so I have been wanting to go back for a longer visit for ages.

It is full of all sorts of history, and some amazing building and architecture . . . 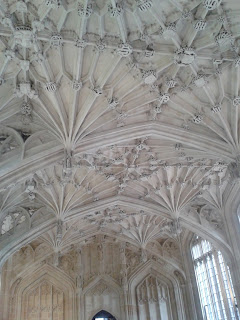 A couple of pictures taken around the Bodleian Library, one of the oldest libraries in Europe. The eagle eyed amongst you may recognise just a glimpse of a Harry Potter movie set. Whilst some filming did take place here, the films were so successful, purpose built sets were later used as it was much less restrictive. 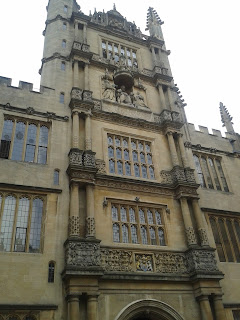 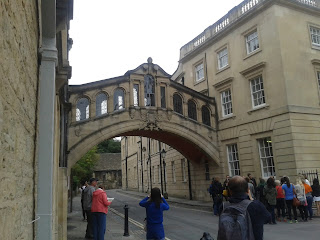 Hertford Bridge (often referred to as the Bridge of Sighs due to its similarity to the Venetian bridge). 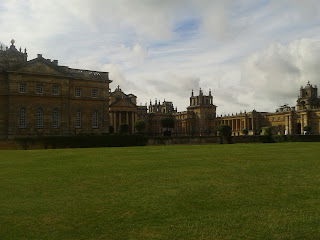 Blenheim Palace (just a few miles outside Oxford). Home of the 12th Duke and Duchess of Marlborough and the birthplace of Sir Winstan Churchill.

And some famous literary haunts . . . 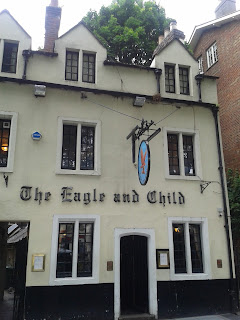 The Eagle and Child public house was a frequent meeting place for an Oxford writing group called The Inklings, whose members included none other than C.S Lewis and J.R.R. Tolkien! We had lunch here so I could soak up some writerly vibes! 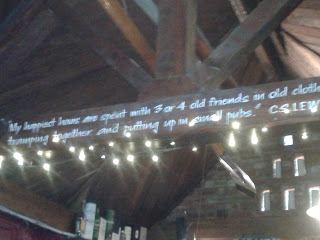 Not the best photo but the quote reads :
"My happiest hours are spent with 3 or 4 old friends in old clothes tramping together and putting up in small pubs." C.S. Lewis

A couple of other notable literary connections include, Charles Lutwidge Dodgson (1832-1898) better known as Lewis Carroll author of Alice's Adventures in Wonderland (1865) and the sequel, Through the Looking-Glass (1872). He came to Oxford as an undergraduate student and later became a tutor. He remained there for the rest of his life.

Philip Pullman, award wining author of the His Dark Materials Trilogy, (The Northern Lights, The Subtle Knife and The Amber Spyglass) studied and made his home in the area. The Northern Lights was made into the film, The Golden Compass.

Just a few names here, but I could go on!

I have recently treated myself to this . . . 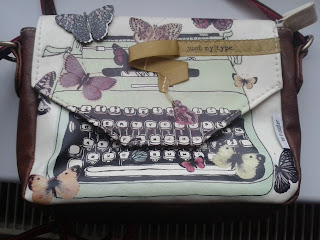 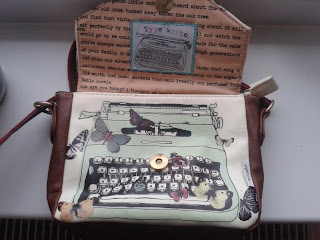 I fell in love with this cute bag!

Posted by Suzanne Furness at 09:22