Here in the South West of England we have been experiencing the force of storm Imogen this week.

Naming storms in the the UK is a relatively new thing. The Met Office invited the public to suggest names for autumn/winter 2015/16, following the alphabet and alternating male and female names. I believe the idea was that it would help raise awareness of the approach of severe weather and thus help people prepare. The arrival of storm Imogen therefore indicated the ninth storm to hit the UK since the pilot project began. I think naming the storms has made it seem like we have suffered more severe weather (although I don't think this is necessary the case) and in my small circle of of people it has been a topic of conversation, so maybe it is highlighting the potential problems.

Storm Imogen brought very strong winds, heavy rain and high seas. The pictures of some of the waves were phenomenal! We suffered some damage to our fence and a few small tree branches down, but nothing serious, so I will definitely celebrate that fact this week. My thoughts are with those that have been affected by any of the winter's storms. The power of mother nature will continue to test us.

Next week is a half-term holiday so it means a few days from the day job and a chance to get in some extra writing time.  Yay! 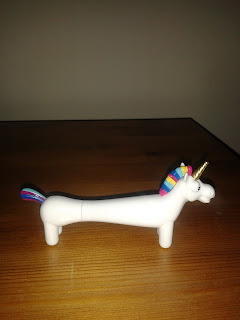 Thanks to Lexa and her lovely co-hosts
L.G. Keltner @ Writing Off The Edge
Tonja Drecker @ Kidbits Blog
Posted by Suzanne Furness at 16:56